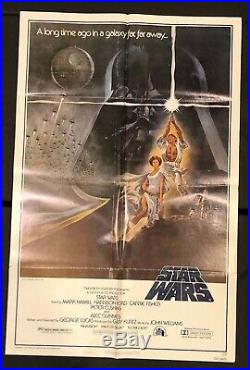 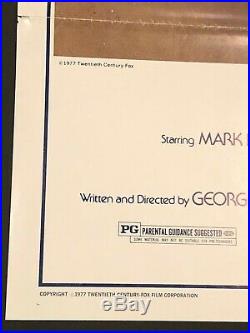 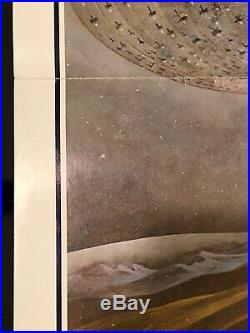 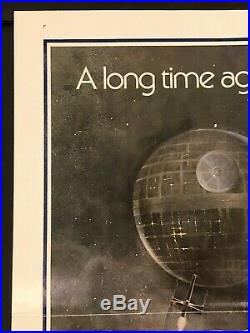 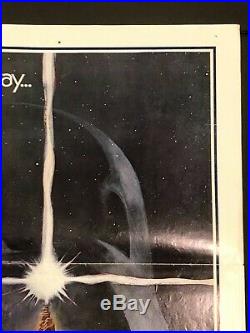 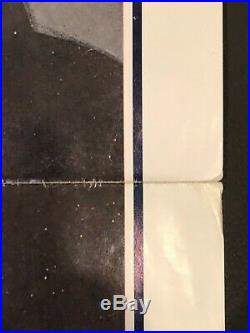 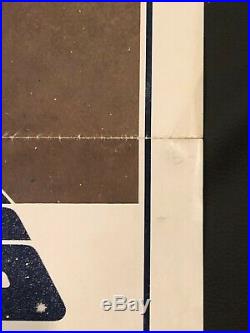 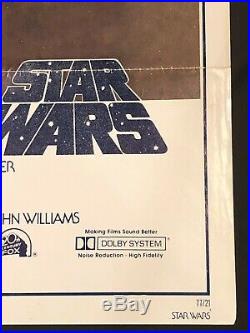 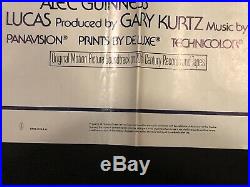 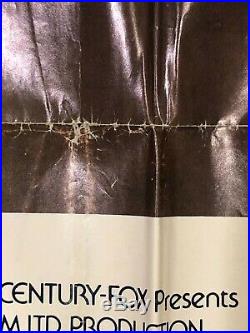 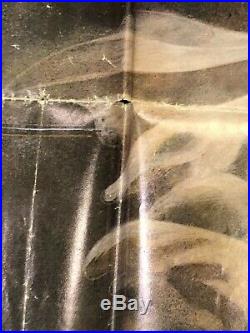 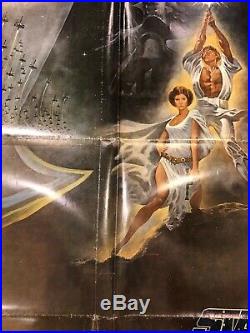 Original 27" X 41" Single Sided/Folded STAR WARS 1977 Style A Movie Poster. I have a large collection of original movie posters and lobby cards from the 1960s-1980s that I will be listing over the next several months, so please see my other active listings, as well as future listings.

BE AWARE OF REPRODUCTION POSTERS. I do not sell any fake or reproduction posters. This poster was used for display during the film's original theatrical release in 1977 and is in great condition! It does have some fold wear/separation, including cross fold separation. There is also a vertical line that runs from top to bottom of the poster that is about 1 left of the center fold line. Pictures 11 & 12 show this extra fold line/crease best. There is a very small hole in the upper right portion of the poster, as well as a "15" written in very faint pencil along the right border. There is also some general edge wear due to being displayed, but overall, looks great!

It has been stored folded since it was first received. Please look at all of my other original Star Wars posters from the entire series of films. The item "STAR WARS 1977 Style A Original One Sheet (27 X 41) SS/Folded Movie Poster" is in sale since Saturday, August 3, 2019.