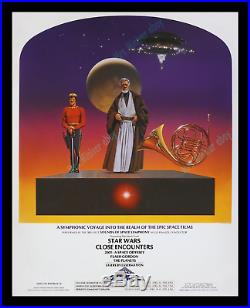 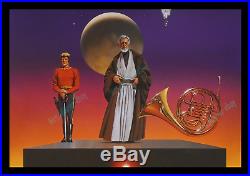 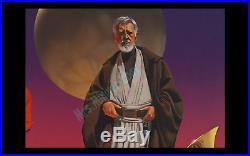 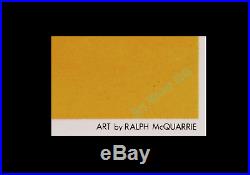 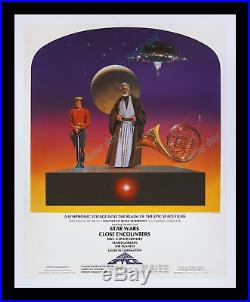 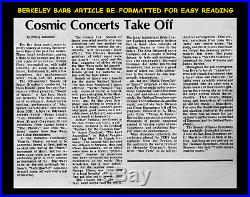 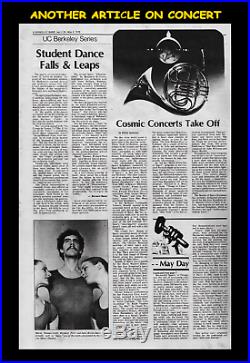 JOHN WILLIAMS STAR WARS CONCERT &. THAT HAPPENED DURING THE FIRST THEATRICAL RUN! There were four people who were clearly most responsible for creating the magic in Star Wars and making the film the legendary classic that it is. First and foremost, you have George Lucas. He's the creator of the entity, and, deserves a good 75% of the credit!

There are three other men who share the other remaining 25%. #2 - Character designer and production artist Ralph McQuarrie.

#3 - Composer John Williams. This poster represents the four men BETTER than any of the other posters released in the 1970's! To begin with, this 1978 poster is THE ONLY 1970's US Concert that John Williams conducted the Main Title theme to "Star Wars" at. It happened while the film was still playing in its initial theatrical run, before the title change to "A New Hope, " when the movie was still known as simply just Star Wars. Additionally, it's THE ONLY original 1970's Star Wars advertising poster to feature the amazing talents of Star Wars artist and character designer Ralph McQuarrie.

Beyond that, it's THE ONLY advertising poster to feature Alec Guinness as the primary character - FRONT AND CENTER! Guinness' performance added an important weight to the film. It's the only Star Wars performance to date to garner an Academy Award nomination. This poster is more than a tough one to find. It's so tough that it's yet to be reproduced.

Also performed at the benefits were suites from the Stanley Kubrick classic 2001: A Space Odyssey, music from the Steven Spielberg film, Close Encounters of the Third Kind, and, selections from Flash Gordon. This poster was found in a tube after over 30+ years of protected storage. It worked like a charm because the poster came out perfectly!

BEFORE it was linen-mounted this poster was in. VERY FINE+++ to NearMINT ROLLED NEVER-FOLDED CONDITION. Now, I'd say it's NearMINT!

I used the best conservator in the USA. He ONLY uses high-grade materials, such as thicker linen and thicker acid-free Japanese rice paper. The better materials cost more but make a real difference in the end result. It's flat as a pancake and as clean as can be. Is an accepted form of poster preservation by the Library of Congress and every Museum in the country. A lot of advanced poster buyers request and prefer linen-mounted posters because it makes framing and displaying the posters much easier - without the risk of damaging the original. The white you see in the photo beyond that of the poster is the white of the Japanese paper lining the linen border margin. You can see how easy it would be to damage the original poster without that extra margin of protection. The backing makes the poster much safer to handle - it GREATLY reduces the risk of damaging the original. Also, all of my linen-backed posters have been stored FLAT so they DO NOT have a curl to them - They're ready for framing and display! Below is an article published in a California newspaper about the rare event this artifact came from. Ukiah Daily Journal, Ukiah, Calif. During'Sounds of Space' extravaganza'Star Wars' composer will guest conduct at Marin concert.

John Williams, the world renowned composer who wrote the musical Scores for both "Star Wars" and "Close Encounters of the Third Kind, " will make a rare appearance guest conducting his works in Marin on April 15 at the "Sounds of Space" concert. Although both scores are being widely performed by major American orchestras this season, Mr. Williams has only twice before conducted them in concert settings, most Recently, in February with the London Symphony at Royal Albert Hall at which time he was presented with a Golden Record. In addition to conducting the Marin concert, Williams will personally rehearse the Sounds of Space Symphony Orchestra in preparation for its full four-concert performance series of the space music fantasy. The other dates, under the baton of Sounds of Space conductor Hugo Rinaldi, are April 14 at the San Jose Center for the Performing Arts, April 16 in Marin, and April 18 at the Berkeley Community Theater.

The Sounds of Space concerts will also include works from Franz Liszt, Richard Strauss and Johann Strauss, which have also been used in outer-space adventure films. Laser effects and a multimedia light show will provide an element of visual appeal as well, enhancing the thematic drama of the space-theme music. Williams is currently at a highpoint in a long and productive career.

With the phenomenal success of his two award winning space film scores, he is being acclaimed as the most distinguished composer to ever emerge from a cinematic background. He has served as musical director on more than 40 films, and has twice received the American Television Academy's Ernmy Award for best musical composition. Two Oscars have already come his way, for "Fiddler on the Roof" in 1972 and "Jaws" in 1976, and he was nominated for Academy Awards 11 times prior to the current year.

Both his "Star Wars" and "Close Encounters of the Third Kind" scores are candidates for an Academy Award this year. In 1976 he was honored for best original score by the British Academy of Film and Television, and his symphonic works have been performed by many major orchestras, including the London Symphony and the Houston Symphony which premiered his "First Symphony" in 1966. His work has been notable on some of television's most distinguished series, including Alcoa Theater, Kraft Theater and Playhouse 90. He has recently completed a violin concerto.

Williams studied at UCLA and, under Rosina Lhevinne, at the Julliard School of Music. He has expressed a special interest in the "Sounds of Space" concerts which will benefit the Marin Waldorf School.

It can crash regardless of any decision you make and can even crash regardless of any decision made by the company related to the stock - Leaving you with a near worthless piece of paper that won't inspire anyone! The magnificence of art and historic documents have an inherent value that relates to civilization and society. Please write with any questions. If you're in the market for top quality original vintage movie posters or Star Wars, then please. The item "STAR WARS 1978 RALPH McQUARRIE 1st RAREST JOHN WILLIAMS CONCERT MOVIE POSTER" is in sale since Friday, November 1, 2019.