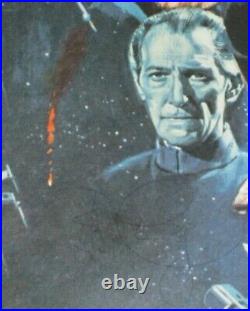 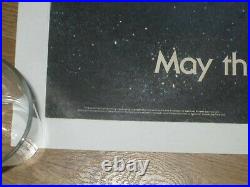 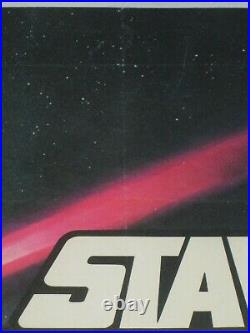 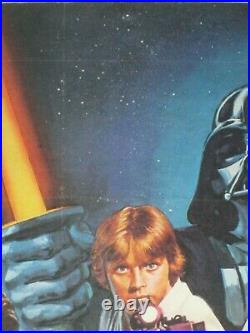 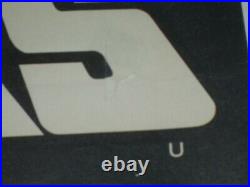 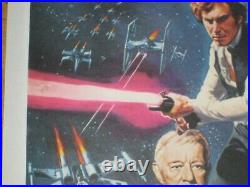 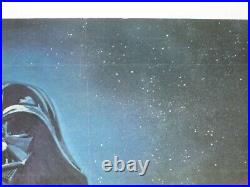 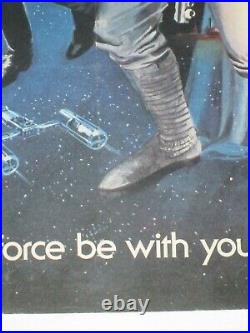 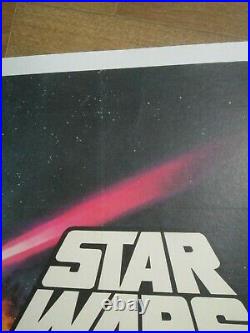 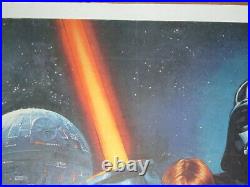 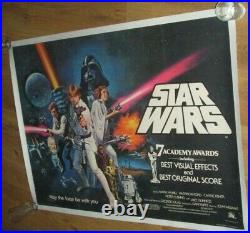 VERY RARE AND IN GOOD CONDITION. I have had this poster for over 40 years, and now the time has come to find a new home for it, where it will be appreciated.

Recently restored, mounted onto fine Japanese paper and linen backed, the original fold lines on this 30" x 40" poster can be seen slightly, but not overbearing. There are also signs of a horizontal fold line 6cms from the top. A very small amount of paper loss is present on the last'S' in the logo. The paper and linen backing gives the poster a 1 border which can be trimmed or hidden by framing. The real icing on the cake here is that it has been personally signed by Peter Cushing, who played Grand Moff Tarkin and countless other classic roles. It was signed outside the Red Dragon Radio studios in Cardiff in 1986, after he was interviewed prior to a booksigning in the city centre for his then-new autobiography. He signed it in blue next to his image, which is also blue, so it's not particularly easy to see, but under the right lighting it can be seen. More photos and details are available on request. The item "STAR WARS Original UK Quad Poster SIGNED by Peter Cushing Linen Backed Restored" is in sale since Friday, May 1, 2020. This item is in the category "DVDs, Films & TV\Film Memorabilia\Posters\Originals - UK Quads\1970s". The seller is "not-really-here" and is located in Newport. This item can be shipped to North, South, or Latin America, all countries in Europe, all countries in continental Asia, Australia, New Zealand, Egypt, Reunion, South africa.