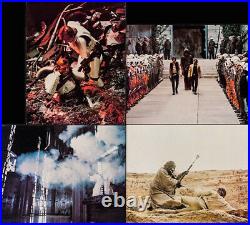 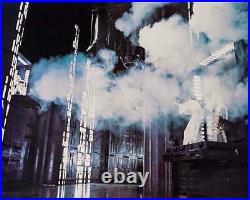 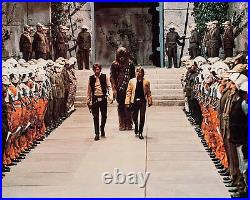 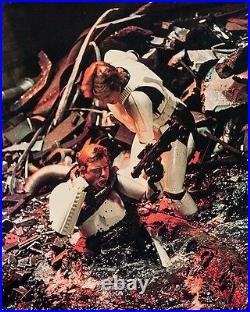 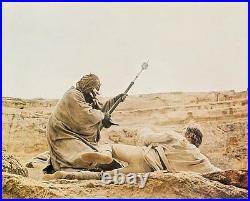 Vintage and very rare set of 4 Jumbo lobby cards poster created for the US release of the 1st movie on the Star Wars saga (Episode IV). The Leia and Luke in the dark star shot is the UN trimmed card.

Story is that the original this one ultra rare card showed the floor of the set and was hastily removed. The studio trimmed the bottom of the card to remove the floor as not to show the mistake. This set is the complete set with the untrimmed card.

We also have the other sets. Will be sent flat safely wrapped in a plastic sleeve with backing board then inserted in a sturdy cardboard mailer.

Heavier so higher costs than standard ones below. For larger quantities, a separate invoice will be sent. This is one of the many movie and music posters which can be found at ILLUSTRACTION GALLERY - ART THAT POPS! A brand new online poster gallery devoted to the celebration of the poster artists behind the art of the movie, music and comic book. We only sell Vintage and rare posters (no cheap reproductions).

ILLUSTRACTION GALLERY - Art That Pops! This item is in the category "Entertainment Memorabilia\Movie Memorabilia\Posters\Originals-United States\1970-79". The seller is "illustractiongallery" and is located in this country: US. This item can be shipped worldwide.